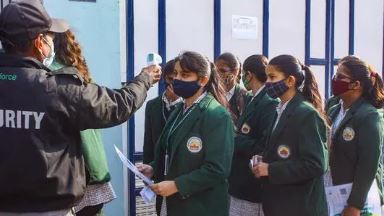 A circular issued by CBSE stated that only theory performance was communicated as schools already had information about practical/internal assessment.

The Central Board of Secondary Education (CBSE) on Friday said it has passed the results of Class 10th Class-I board exam performance to schools, even as several school authorities claimed they were still getting internal marks. Waiting for the results to come. Final Term-1 Score.

The board is collectively informing the schools about the theory performance of their class 10 students only. Hence, the performance of individual students will not be available on the website,” said CBSE controller of examinations Sanyam Bhardwaj in a circular issued on Friday. 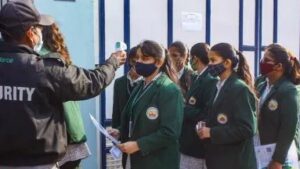 A circular issued by CBSE stated that only theory performance was reported as schools already had information about practical/internal assessment.

In the wake of the pandemic, CBSE had last year announced a two-term board exam with Term 1 having 90 minutes of examination in Multiple Choice Questions (MCQ) format. Term-2 Theory exam will start from April 26 and will consist of a subjective test of two hours. The Board also stated that the weightage given to the performance of Term-I and II will be decided at the time of declaration of result of Term II.

The schools received the scorecard from the board late on Friday night and several people shared it with the students on Saturday.

Sudha Acharya, president of the National Progressive Schools Conference (NPSC), which has over 120 Delhi schools as members, said the school had shared the principle scorecard with the students. “We have reported theory scores out of 40 as obtained from CBSE. We have not shared the internal marks as the board has not communicated the same with us, even though we have uploaded the internal marks on the CBSE portal,” said Acharya, who is also the principal of ITL Public School, Dwarka.

Tania Joshi, principal of The Indian School, said the school had shared the theory demonstration with the students as parents started asking for it. “We uploaded the result received from CBSE on our website. The parents were a little worried and asking for the result, so we shared it to avoid any confusion,” Joshi said.

However, many schools have not yet shared the result.

Awadhesh Kumar Jha, principal, Sarvodaya Co-Ed Vidyalaya, Rohini, Sector 8, said the school was planning to hold a small orientation session before sharing the results on Monday. “We do not want the children to panic during the weekend as they have pre-board exams on Monday. We will inform them about the result and discuss the performance with the subject teachers on Monday,” Jha said.

Javascript not detected. Javascript required for this site to function. Please enable it in your browser settings and refresh this page.